How a World-Class Guitarist Regained His Sight The luxury we see on the news, through an Instagram scroll, or hear about when we listen to a top 100 song is pervasive.  Such lifestyles are sought after and often idealized in the 21st century. But, Los Angeles, the city at the epicenter of decadence, also leads a double life.

According to CalMatters, income inequality has grown exponentially throughout the state of California between 2007 and 2014.  Los Angeles County, home to the world-famous and wealthy Beverly Hills and Malibu, boasts a widening 13.4% income gap between those earning at the top 90th percentile and those at the bottom 10.

With the wealthy living in these areas, a middle-class life may seem impossible for those who find themselves on the fringes of that.  That’s at least musician Marcos Loya’s take. Marcos first earned fame as a musician in the 1980s, notably playing the “requinto,” a smaller, nylon string guitar in Madonna’s iconic La isla bonita music video.  He’s since led a storied career, playing with the world’s greatest and composing music for Hollywood films.  Yet, Marcos’ fame shouldn’t be mistaken with fortune.

His family has lived in Los Angeles for generations, but with only part-time work in recent years, Marcos was forced to live out of his car.  Now, however, he keeps that same guitar from the Madonna music video, along with his other belongings, in a small storage unit.

I wasn’t a real good student. I wasn’t real diligent. But I would always go to the guitar…It was like my sanctuary.

His musical skill is as clear as day; less so, though, is his poor eyesight.

“I got glasses in the second grade and so obviously my eyes have been bad.  So for about the last year and a half, I’ve been without them,” he explains.

Luckily, he crossed paths with the Tzu Chi Vision Mobile Unit and met Dr. Lina Lin.  She described Marcos’ unique charm but heeded that poverty has many faces.

Marcos is another individual that we thought was special because even though he’s homeless, you can’t tell. Tzu Chi volunteers gave him an eye exam and was outfitted with a new pair of spectacles, completely free of charge.  Feeling more confident about driving safely (for the benefit of himself and those around him), Marcos expressed his thanks to the volunteers by playing his guitar.

“The kindness of people that reach out to the community… I think that’s going to be our saving grace,” Loya says.

We are proud to offer a helping hand to individuals like Marcos.  His wisdom acknowledges the principles that belie Tzu Chi Medical’s work and those of our founder, Dharma Master Cheng Yen.

It’s not just giving because as you give, you receive, too. Kindness is its own reward.

And, with the gift of sight to just one person, we spread the seeds of kindness and giving.  “Teaching people that, teaching kids that,” Marcos says, “to me, that’s the future.”

Learn more about our mobile vision programs and let’s give the gift of clear vision to those who need it most. 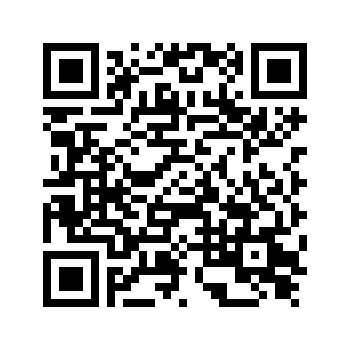