A Song of Praise in San Mateo

Fishermen go out to sea under moonlight in San Mateo Beach, a fishing village with 5,500 inhabitants in Manta, Ecuador. Most residents rely on their catches to earn a living, but it’s not truly enough to live comfortably. It is ultimately what kinds of fish and how much the men bring back from the sea that determines how well or poorly their families will live in the next few days. San Mateo has one hospital and a pharmacy.

Although the public hospital can only treat minor illnesses, it is quite overcrowded nonetheless, preventing many from obtaining the help they need until the next available appointment opens up. For minor colds, people will self-diagnose, and purchase medications over the counter for $3 – $4. If they are experiencing something more severe, however, they must take a bus out of town for treatment. The transportation will cost $20 — approximately the amount they make in four days. If they require further help, it will take at least two or three months. For San Mateo’s residents, the process of seeking and acquiring medical assistance is in itself a major undertaking, as if the illness did not make things difficult enough on its own. Tzu Chi USA held two free medical outreach events in San Mateo on July 15, 2019. As soon as residents learned of Tzu Chi’s arrival, they rushed to the entrance of the venue. Some people even lined up at 8:00 PM the night before the event to ensure they could be seen. They had also heard that acupuncture is an excellent option for easing pain —  just what these hard-working locals needed. No one wished to miss the free clinic, as it would be their only opportunity to receive such care.

Nurse intern Blanca once took part in a Cash-For-Relief program initiated by Tzu Chi in 2016. Participants of the program helped clean up their communities after an earthquake wreaked terrible destruction, and they received wages from Tzu Chi for their efforts.

San Mateo needs medical specialists more than anything else. Particularly ophthalmologists. To get eyeglasses, residents have to go out of town to see an ophthalmologist or pay a doctor to make house calls. Getting a pair of glasses costs one hundred American dollars, far beyond the reach of the people here.

Another nursing assistant, Elina, stated “Fishing is hard work: beginning the workday early, in the dark, in the wind, in the sun, and sometimes in extremely frigid water. Fishing nets with fish inside are very heavy. They work very long hours, but their catch sells for just $2. They earn so little money.” It is a struggle she knows well —  this is the experience of a fisherman’s wife. Her husband is a fisherman on a long-range ship, and he must remain out at sea for 40 days each trip before he can return home to her.

At 69 years old, Domingo had fished for 50 years. He stopped fishing only after his pain became too severe to endure out at sea. As a fisherman, he earned approximately $5 per day on average to put food on the table for his family of four. Some days, however, he earned nothing at all. Their livelihood, he’d told us, was solely up to God. “My meager income bought us rice, and whatever the sea provided us with was a regular dish on our table,” he explained.

Domingo came to the free clinic to see a doctor specializing in Traditional Chinese Medicine (TCM). His hands had long been soaked in ice-cold water, his shoulders had carried heavy fishing equipment and his catches. His pain radiated from head to toe, and he looked forward to experiencing the magic of acupuncture. When asked why he’d decided to learn about acupuncture, he said, “What else could I do? I have no money to see a doctor.”

Rolino retired from fishing four years ago. Now, at 79 years of age, he still often finds himself looking out toward the sea.

“I like the sea,” he expressed. “The fish sustained our whole family.” He was not born in San Mateo; he moved there only after prolonged unemployment, and was hired as a fisherman. He was out at sea from 5 AM to 6 PM, and in those eleven hours, he earned only $5.

The shipowner did not provide lunch, so Rolino ate very irregularly, eventually leading to his current stomach problems and diabetes, which forced him to leave work.

Luis started his fishing career at the age of 12. Now, at 58 years old, he fishes and also has his very own fishing boat. He goes out to sea for 2-3 days each time, earning between $40 – $70. “It all depends on the mood of the good Lord,” he said. His back and knees hurt, and his hands were feeling numb. During the free outreach, Tzu Chi’s TCM physician gave Luis acupuncture.

Generally, Luis went out to sea at 4 AM. He lures the net, spreads it out, and then waits 12 hours. Sometimes his long waits were well rewarded with a good catch, but other times, he realized he’d waited all those hours for nothing as the net emerged empty. Straight-faced, Luis said, “This is my destiny, so I can only accept it.” Luis’ father was a fisherman, and so are his two sons. Fishing seems to be a shared destiny among the people in this small town.

Carlos is 39 years old, and has been a fisherman since he was 14. “It’s too hard,” he stated. “I’ll never let my son become a fisherman.” His son is 16. Carlos wants him to go to school instead of the boats. Although Carlos is still young, his whole body aches, which he attributes to his hefting heavy ice and fish over the years.

“Fish don’t come close to shore anymore, so we have to go out farther and farther,” said Carlos. “It takes four days to get back. What I’m scared of most is a disaster while out at sea.”

Carlos’ older brother is a fisherman, too. Once, his brother had hooked a massive fish, but it was so large that his brother became ensnared in the process of bringing it in, and the fish bit off his finger. There was no first aid kit, so they tied the finger to his palm and rushed home. It was too late, however, and San Mateo had no specialist who could reattach the finger.

“This is our lives,” Carlos lamented. “This is simply a challenge that every fisherman must deal with.”

The legal minimum wage is $386, but the average daily wage is just $12. Although these fishermen may seem to have a tough life, they do overwhelmingly believe that God watches over them. With Tzu Chi’s help, they now also know that we’re assuredly here for them as well. Therefore, they continue to sing their praises to the deep ocean below and the blue sky above. 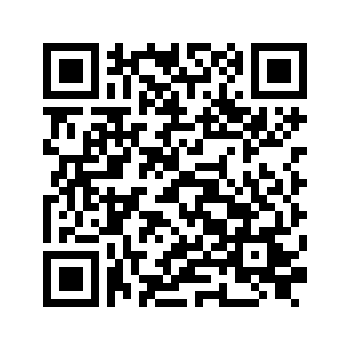