While the presenters at the 2019 TIMA Global Forum arrived from all over the world, so did attendees of this international medical event. We spoke to a number of guests from as far as Nepal to as close as Seattle and were reminded that relief quality medical care is a goal we all share.

When Dr. Pin Chuan Lin from Brazil fell into a coma 10 years ago, he remembers ‘arriving’ somewhere beautiful. He approached a door, but a guard prevented him from entering. The guard told him ‘it was not his time yet.’ When he woke up from the coma, Dr. Lin felt an awakening. He is thankful to the medical team at the hospital who saved him. Inspired by their compassion, he was compelled to approach his own patients in more humanistic ways.

For the past 14 years, Dr. Lin has flown from São Paulo, Brazil, to Ciudad del Este, Paraguay, with money from his own pocket to host weekly free health clinics. Once a month, he brings his students to a large scale health clinic. At one of these events, Dr. Lin met a Tzu Chi volunteer and learned about Tzu Chi’s medical mission.

Dr. Lin has also taught in three different cities, collectively teaching over 900 students over the years. His wisdom and insight is only matched by his fluency in many languages, including Portuguese, Spanish, Hindi, and Japanese. He also has proficiency in ancient Chinese texts thanks to lessons from his father when he was young.

As an acupuncture practitioner, too, Dr. Lin is particularly sharp, quick, and on point. Before the patient knows what’s going on, he has already pulled the needle out!

Attending the 2019 Tzu Chi International Medical Association (TIMA) Global Forum, Dr. Lin felt invigorated. Not only did he feel touched by the fact that the Tzu Chi Vision Mobile Clinic outfitted him with a brand new pair of glasses (after accidentally crushing his own), but he was inspired by the work in humanistic medicine TIMA does, and hopes to improve knowledge exchange between TIMA USA and his own work in South America.

Though he is a Seattle transplant, Sarvesh Gyawali is a proud Nepali. With fluency in Mandarin Chinese, he attended college in Szechuan, China, and returned to his home country to work for a government medical organization for three years. During his studies, his academic focus was radiation therapy. Later on in 2014, Sarvesh interned at Cathay General Hospital and discovered the Taipei Tzu Chi Hospital.

During the 2015 Nepal earthquake, Sarvesh was luckily still in Taiwan and was immediately contacted by Dharma Master Cheng Yen the next day to help orchestrate Nepal’s retrieval of disaster relief resources- including monetary assistance, medical clinic and medical supplies. With Tzu Chi volunteers and TIMA volunteers providing robust service and care for those injured after the quake, Sarvesh is very grateful to Tzu Chi for what it has done to help his country.

Corina Quintana had always wanted to have Tzu Chi’s presence in Nicaragua. In fact, on a tour of the Tzu Chi USA headquarters campus in San Dimas, California, she realized there was no flag representing her home country among those on display and expressed “I want to place a flag here.”

Despite growing up in Las Vegas, Corina’s husband is also Nicaraguan and the two try hard to stay on the pulse of the country’s needs and current events. Though they have plans to relocate to Mexico, Corina had many questions as to how that would impact her capacity to train as a Tzu Chi volunteer there.

Having travelled already to Taiwan for a TIMA conference, Corina met Dr. Allen Estrada there, a practitioner from Honduras. He invited her to join his team’s efforts in Honduras, north of Nicaragua, to help provide aid to communities in need. She hopes to join him and hoped others would “pray for me and give me blessings” as she takes this step into medical humanitarianism.

A traditional Chinese medicine practitioner and licensed acupuncturist in Seattle, Jordan Van Voast. He’s an active and adventurous fellow who loves the outdoors. In fact, in 1989, he rode his bike alone all the way from Seattle to Los Angeles. Later, he traveled to Taiwan to visit the Xueshan Mountain near Taipei.

He then went to Hualien, where he met Dharma Master Cheng Yen who shared with him the wisdom that the beauty inside our heart is more beautiful than what can be seen in the physical world. He began to reflect on this teaching.

With his wife’s encouragement, Jordan began to attend a post-prison education program. For over seven years he and another volunteer went to visit a halfway house every week. Recently they have been invited to provide visitations to another center.

Each 45 minute visitation session consists of a quick catch-up, followed by a discussion and sharing of Jing Si Aphorisms and Buddhism. Jordan hopes these efforts will help more people understand the power of the Dharma and be joyful, to share what he felt when he first embraced its wisdom himself.

In the dining hall of the Tzu Chi USA headquarters campus, it wasn’t until volunteer photographer Steven Chiu took pictures there that he realized who the artist was of the paintings on the wall.

His own father, Jimmy Chiu, had won first place in a painting competition in Taiwan and had some paintings up at the headquarters. Steven, too, shares his father’s love of painting as it allows him to calm his mind and temperament. He especially likes to paint temples or nature scenes.

In his career, Jimmy became a chef and opened a restaurant. When he returned to Taiwan to see Dharma Master Cheng Yen, he was asked whether he wanted to make any vows. Jimmy vowed to encourage plant-based eating and recruited many volunteers. For this year’s forum, Jimmy prepared meals for more than 500 attendees and volunteers, a record quantity of meals for him. More than 100 culinary volunteers signed up to help, including many of his students. Ma Yue is a student at the University of Iowa in Iowa City, Iowa, but hails from Beijing, China. She attended the 2019 TIMA Global Forum as a volunteer photographer and is a part of the Tzu Chi collegiate association, Tzu Ching. After she was elected as the president of her local Tzu Ching, she received an invitation from Tzu Chi Midwest to receive training.

Later on, she participated in a disaster relief distribution in Mexico, also as a volunteer photographer.  While on site at the distribution center, she saw a patient with a leg laceration as big as a small bowl- a sight that was hard to bear. When the patient noticed Ma Yue taking pictures and when their eyes met, she was greeted with a warm smile. Ma Yue shared that her own problems at that moment felt insignificant.

On another occasion, she encountered an elderly woman during a distribution there who gave her a flower. Moved, Ma Yue happily went to clip it to her shirt, but accidentally dropped it in the process. She told us she cried, knowing how generous the woman had been.

After this experience, so much changed for Ma Yue. Her experience volunteering with Tzu Chi encouraged her to appreciate her life even more and be more content. She shared that now, she is a happier person. 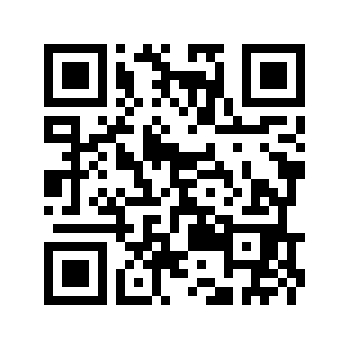