With his family originally from China, Dr. Peter Fu-Ming Chen was born in Medan, Indonesia. He is the seventh of fifteen children, and often pokes fun at this by calling himself 007. But, his family life was colored with difficulty.

On Christmas Eve in 1958, Dr. Chen’s mother fell into a coma from liver disease. Having been considered terminally ill, a 17-year-old Dr. Chen looked near and far for a hospital willing to treat her. Finally, he found a Catholic hospital who admitted her, but released her after she awoke the next day.

From then on, young Dr. Chen continued his search for the right medical professional. At last, he came upon a German doctor whose clinic he stood outside for hours. The young man was determined to learn everything he could about his mother’s illness, and from then on, made a vow to pursue a life in medicine and healing.

With his acceptance by the National Defense Medical Center in Taiwan on December 4, 1960, he was ready to begin his journey. But then, a roadblock quickly surfaced.

His studies required him to leave Indonesia, and at the time, restrictive policies prevented the young Dr. Chen from obtaining an Indonesian passport. He was forced to sign an affidavit that cut himself off from the care of his parents so he could apply for a stateless passport. With a bit of money and an unsureness of whether or not he would see his family again, the young man trudged forward.

In the middle of his first year of study in Taiwan, young Dr. Chen was ready to quit after tuition and fees appeared to weigh too heavy. Coincidentally, one of his professors, Han Wei, invited him to his home for Bible study and encouraged him to join the Evergreen Baptist Training Youth at the Grace Baptist Church. At one of the church’s sharing sessions, a tearful Dr. Chen told his story and admitted his financial hardship.

Discovering this, a church advisor suggested he apply for the Coleman Scholarship, which was roughly $75 per semester in exchange for good grades. The prospect of a scholarship gave the young collegiate great hope. And, it worked.

Not only did he get the scholarship every semester for three years in a row, but he also graduated at the top of his class. Then, he reflected on how Professor Han and the church had impacted his life.

After graduation, the horizons expanded when he began a medical career in the United States. From pediatrics, he shifted to surgery, focusing not only on general surgery, but also heavily on gastro-intestinal endoscopy, and later, minimally invasive surgery. He later obtained an American passport and made a long-awaited trip back home to visit his family. Having valued the German doctor who first served as his mentor, Dr. Chen established a scholarship for the children of the staff at the hospital where he worked, providing students with a helping hand and the mentorship he received when he first started.

Looking back on his life, Dr. Chen remarks that his biggest regret is not being able to have cared more for his parents. After their passing, he made the decision to devote himself to medical humanitarianism.

As a conscientious Christian, Dr. Chen, later, decided to follow Master Cheng Yen under his wife’s encouragement. He was given the Dharma name, Chi Lien, and Dr. Chen was asked by Dharma Master Chen Yen to walk the Bodhisattva way as a Christian and to connect both the love of the Christian faith and love for Buddhism into one.

Dr. Chen’s first medical volunteer mission took place in New Orleans after Hurricane Katrina hit in 2006. The experience showed him the vast amount of people who could not afford medical care in the United States.

In March, and later in the Fall of 2007, he volunteered in Bolivia after flooding. In that mission, Dr. Chen provided medical care to over 1,000 patients. Then, in February 2008, he led a small surgical team to Bolivia to share their surgical experience, realizing that local hospitals lacked surgeons. In a period of three days, the team completed 30 gallbladder and abdominal hernia operations. A surgical resident shadowing Dr. Chen shared that she learned much more from her short trip there than she had in her three years of medical practice. She expressed her wishes to follow in Dr. Chen’s footsteps and take part in more medical missions across the globe.

In 2008, Dr. Chen’s humanitarian footprint got even bigger. After the Sichuan earthquake in China, he saw five hundred patients in four hours. Later, six Bolivian doctors who were under his personal guidance, travelled with him to Taiwan for the Tzu Chi International Medical Association’s annual meeting. He was also served in medical relief missions in Haiti twice in 2010. There, Dr. Chen’s biggest mission was to lead the local doctors to help local patients. To achieve this goal, he visited local hospitals eight times to learn more about Haiti’s healthcare system. He believed that as long as Tzu Chi’s spirit and mission could impact local doctors, it would benefit the people of Haiti and would provide a more sustainable service. He also accompanied the Haitian doctors to visit Master Cheng Yen in Taiwan. TIMA Haiti, too, was established not long after that. Dr. Chen continues with his work, and now, he is joined by his son, Dr. Calvin Chen. Having travelled together for a mission to Haiti, he posted a candid photo of his father with a caption that read, “thought the big earthquake brought me to Haiti, to be honest with you, the big draw is my father. After a lifetime looking him up as a doctor, I was finally able to work with him side-by-side… I am proud to call him my father.” For Dr. Chen, it all starts and lives on with family at heart. 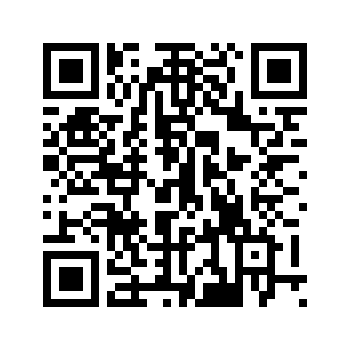